I picked up some 6mm demons from Microworld Games's fantasy line.  I really like the models and I will be using these for games of Lord and Lands or Kings of War - Small Scale.

I've got a fair bit painted so far and thought I would share them with you all. 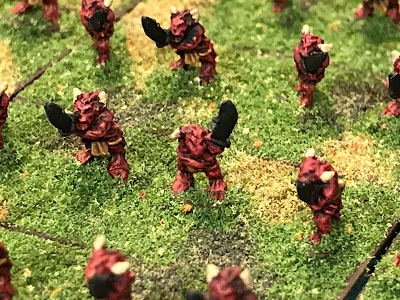 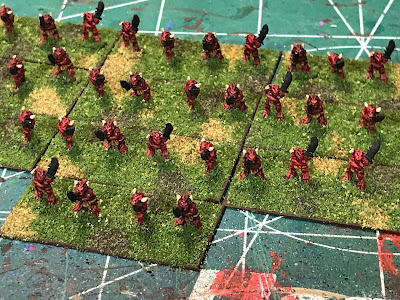 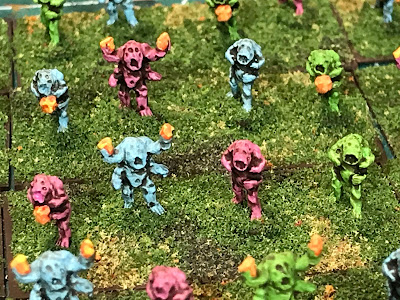 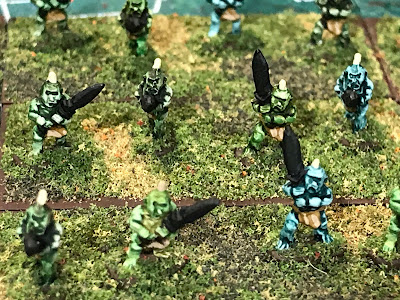 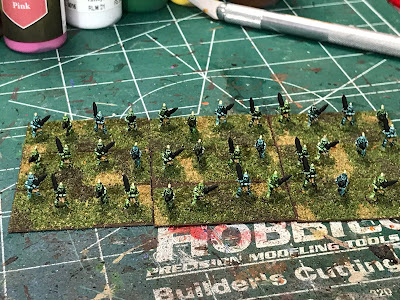 All of these models are very characterful and were pretty easy to paint up.  If you read this blog, you know I like simple paint jobs, but the model must work with a simple paint job.
Posted by sean gewecke at 6:54 AM No comments:

I spent a couple days at the Great Plains Game Festival in Lincoln, NE  a couple weeks ago and thought I would share a little about the experience.

This is my third time attending this convention.  Each time has been full of games and has been tons of fun.  The convention is focused on board games, but there were some RPGs represented this year.  I didn't see any miniature gaming, but I could have missed it.


I pre-registered for the convention and received a free game when I arrived.  They had a nice variety of games for that that pre-registered and it was random which game I got.  I've never heard of the game I got (Pack Wars), but hey it might be a hidden gem.  They did have several games that I had heard of and some were fairly pricey games (MSRP up to $60).

They also boast a wide selection of Play-to-Win games.  I think there were about 50 games that you could check out and then were entered into a drawing to win that copy of the game.  I played a few of these, but didn't win any.

And finally, the game library is pretty amazing.  I think they have 2,000 games in the library, and you can check any of them out to play.  And we aren't talking about a bunch of crappy old games.  They have lots of classics, but they had most of the new popular (and some less known) titles available.  I suppose I should have taken a few "shelfies" to show off the selection.


Overall, I had a fantastic time at the convention and look forward to next year's event.  If you are in the area or within a day's drive, I'd say it is worth the trip.  Great folks, great games, and a great time.
Posted by sean gewecke at 3:39 PM No comments:

Email ThisBlogThis!Share to TwitterShare to FacebookShare to Pinterest
Labels: Convention

I have been neglecting this poor lonely blog lately.

I apologize for that and plan to get back to posting more regularly here.

Stay tuned.
Posted by sean gewecke at 3:03 PM No comments: