I've completed another couple of days in front of the paint table.  I've completed the spearmen and only have the bases to finish on the archers. 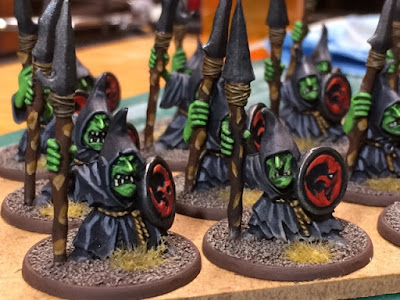 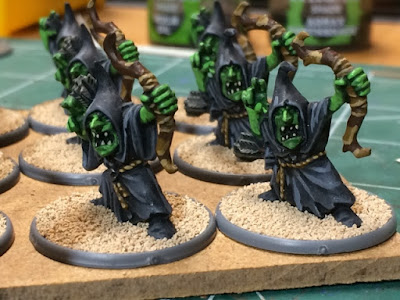 I'm happy with how these models look and am looking forward to starting on the squig hoppers.

I have finished day 8 of the challenge.  I had planned to have completed a unit of archers and a unit of spearmen.  I got the spearmen models painted, but I still need to finish the bases and the archers are about 70% finished.

I feel like I'm still on track to finish the overall goal for the challenge as I kind of front loaded a lot of work into the first week. 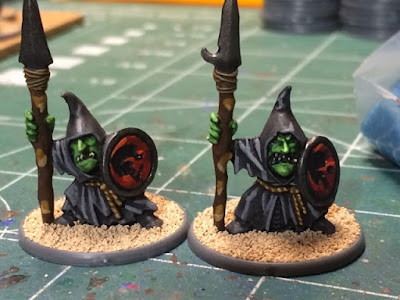 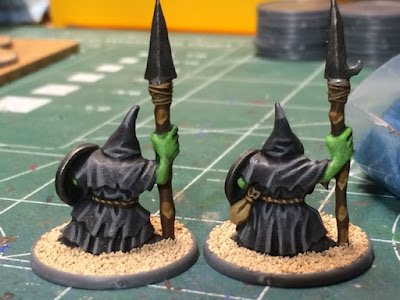 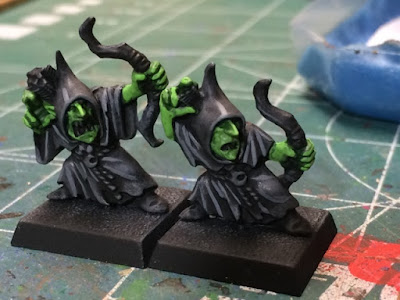 By the end of day 15, I plan to have finished the two units that I started in week 1 as well as a unit of squig hoppers.


Posted by sean gewecke at 6:20 AM No comments:

I spent the evening working on highlighting the robes of two night goblin units.  It doesn't look like much progress was made, but I feel like I did get quite a bit done.

Highlighting can be a bit time consuming, but I've decided it is worth the effort.  You can see the difference in the pictures below.  The model on the left has had the robes highlighted, while the right is just a wash over the grey dry-brush. 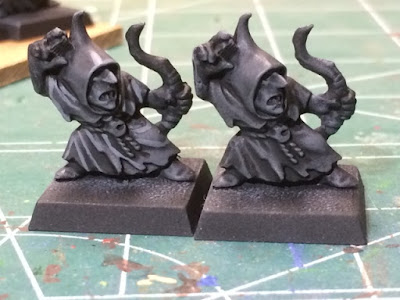 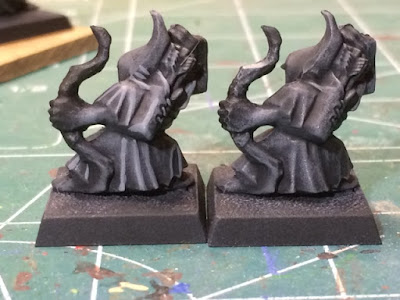 What do you think?  Is it worth the time to do the highlights?

Posted by sean gewecke at 2:54 PM No comments:

I recently received my copy of Salvation Road published by Van Ryder Games.  This was a game that I backed on Kickstarter.

I put together an unboxing video for anyone that is interested.  I'm looking forward to trying this game out.

The post apocalyptic theme is something that is always interesting to me, and what I've see of the game mechanics, it looks like it should be fun to play.

I hope to post a review soon.  I might also try my hand at putting together a video play through.
Posted by sean gewecke at 8:48 AM No comments:

My first game of Dragon Rampant - Goblins vs Gondor

I've been painting armies for use with Dragon Rampant for a while.  I finally was able to put some models on the table and play a game.

Randy took control of the forces of Gondor and I led the Goblin horde.  We played the Death Chase scenario from the Dragon Rampant rule book.  The forces were pretty basic as this was a learning game.

I thought I would share a few pictures of the game and a few of my first thoughts.

The Goblins where the attackers and were trying to stop the men of Gondor from crossing the field of battle.

The men of Gondor set up their forces with an archer unit on each flank and their foot units and general in the center.  The Goblins split their forces pretty evenly between the north and south sides of the board.

The men of Gondor had better quality troops, while the goblins had a bit larger force.

I like the generic nature of the rules.  You can use any models and call them whatever you want.  Of course, there is a certain amount of common sense that should be applied, but that is necessary in any game.

Another neat idea is allowing units to have different sizes by allowing models to have multiple wounds.  This lets you play the game with larger forces or small warbands.  We only had a one unit that had multiple wounds, but I plan to try a game using a single model for each unit to see how these work for a skirmish kind of game.

At first I thought the activation rolls were going to be easy and everyone would get to activate every turn.  That was not the case.  I'm sure you could have games that play out that way, but we were missing 5+ or 6+ regularly.  I wasn't sure if wounds on the unit affect the activation roll, we chose not to apply any reduction to the roll as it would have been very hard to activate a unit after it took a few wounds.  I think we did it correctly, but it was our first game.

I like that units that fail to rally take another wound as they run away.  It gives a feeling of your unit actually running for their lives.  Alternatively, it also makes rallying more difficult each turn if you fail the roll.

Overall, I was impressed with the game and look forward to playing it a few more times.  I'd like to try more options and see how this works for skirmish level engagements. 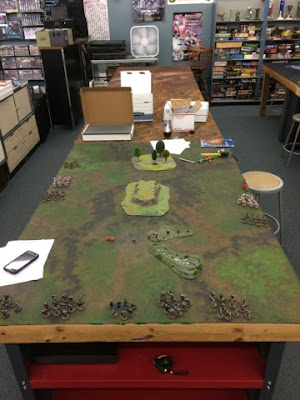 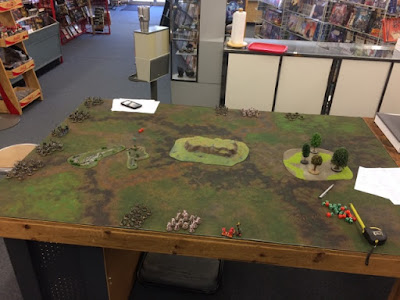 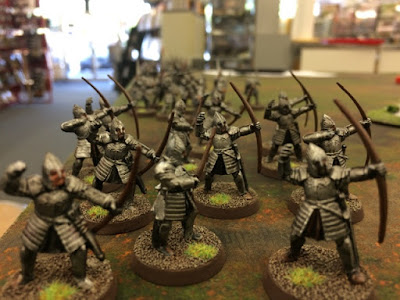 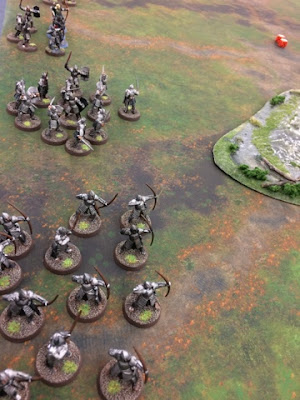 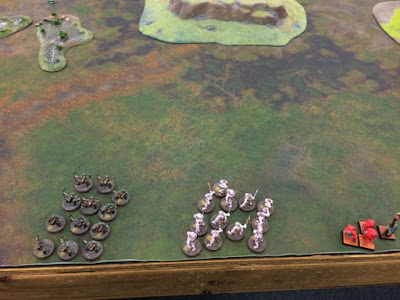 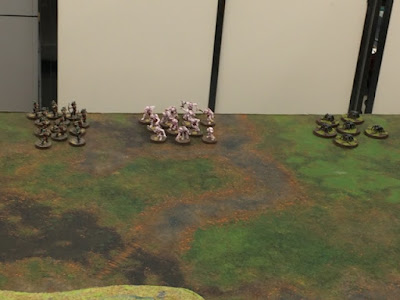 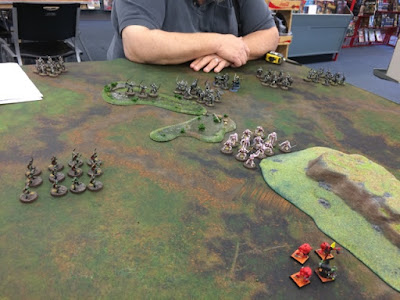 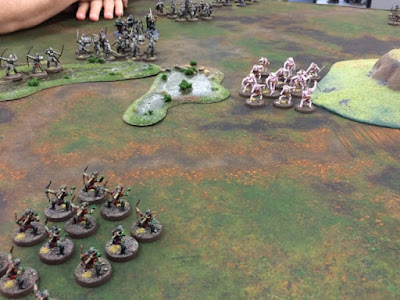 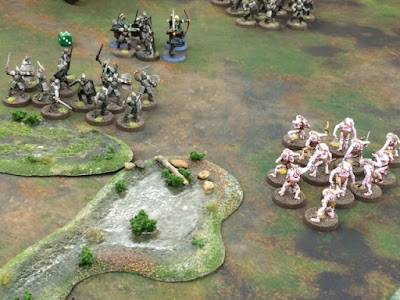 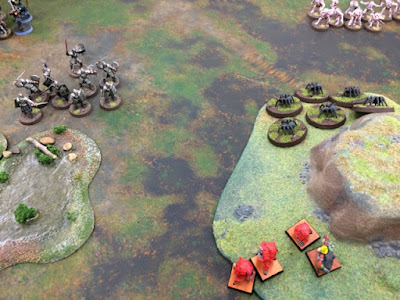 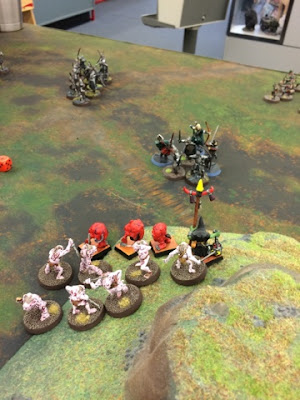 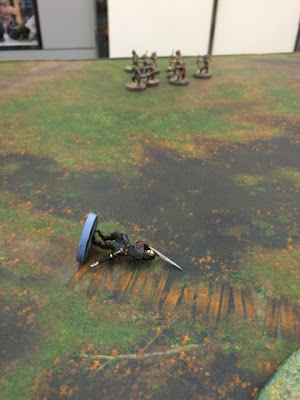 Each week, the participants of the painting challenge are asked to complete a secondary objective.

My first week is completed and here is the video of my first objective.


Stay tuned for more updates as I get started on my second week of the challenge.
Posted by sean gewecke at 1:55 PM No comments:

I finished the unit of night goblin spear men.  I still need to complete their bases, but I'm going to switch them to round bases so that will happen on a future date. 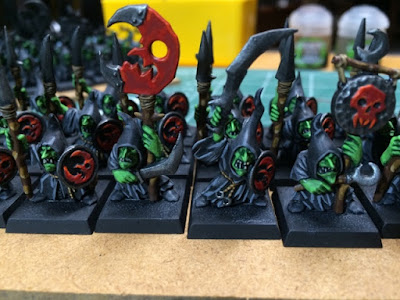 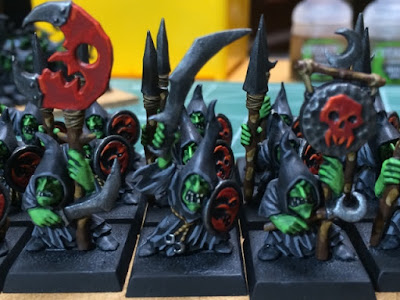 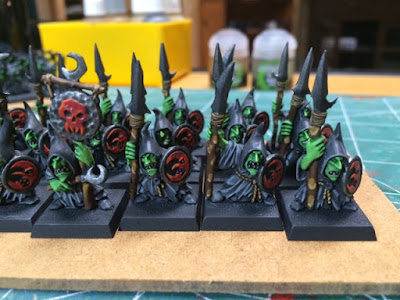 I've still got a bit of work to get done on the archers, but it will go more quickly as they don't have shields.

I decided to just focus on finishing the unit of spear men and will go back to the archers once I'm finished with them. 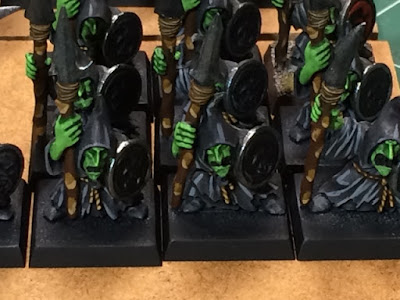 These models are starting to look pretty good and are getting close to being finished.

Posted by sean gewecke at 2:11 PM No comments: